The Fellowship of Indian Brethren Families in North America 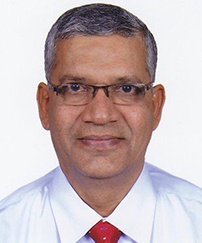 Jose Mathews was born in a Christian family in Kerala. At a very young age moved to Karnataka along with his parents who were missionaries and grew up in different places in Karnataka. After his schooling, he worked for about 20 years in two different Central Government services. He came to the Assembly fellowship in Mangalore in the year 1982 and continued fellowship with the Christian Assembly Mangalore. Recognizing the call of the Lord, he left his Secular Service while in Mangalore and entered into the full-time ministry with his family in 1993. Commended by the Christian Assembly, Mangalore, Br. Jose serves the Lord as a Bible Teacher and Evangelist among the Lord’s people in India and abroad. Apart from his travels as a Bible teacher and preacher to different places, they also have an active ministry among the young people of the Assemblies. The family is based in Mangalore now and continue in active fellowships with the saints at Christian Assembly Mangalore. 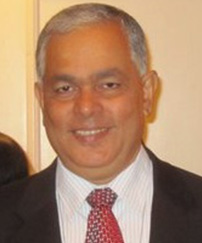 PROFILE: I had the privilege of being born and brought up in a godly home. My father was a good Bible Teacher and one of the early leaders of the assembly movement in the State of Kerala, India. As I grew up in the assemblies, I came to know the Lord while still a young boy and was baptized while in the high School. In addition to the training at home and in the local assembly, my involvement with operation mobilization and Evangelical Union (Intervarsity Fellowship) helped my spiritual growth. After my university education-graduating in English Language and Literature- I soon entered into secular jobs working in India and the Middle East for about 10 years in various capacities.  All the while, I was involved in preaching and teaching the Word. It was when I was working with Prison Fellowship International as Executive Secretary (Asia Pacific Region) that I was led of the Lord to resign my post to enter into a full time teaching and preaching ministry in 1985.

Puthuppally Brethren Church, my home assembly, commended me to the work of the Lord in 1986 and since then I have been travelling extensively within India and around the globe to fulfill my call as an itinerant preacher and teacher. It pleased the Lord to open doors for me to preach the gospel in crusades, teach the word in the assembly conferences etc. in many countries. The Lord has given me a special burden for the youth and families and I have set a considerable amount of time apart to minister in youth and family Conferences.

I am helping in the teaching ministry of assembly Bible Colleges in India and the Christian Training Institute in South Korea. The Lord gave me the privilege to speak through FEBA radio to millions around the globe. Two of my books have been published by Gospel Literature Service, Bombay, an assembly publishing house in India. The first one is on ‘Christian Family'(co-authored with two other assembly writers) and the second on ‘victorious Christian living’.

I make my home in Kottayam, Kerala, South India with my wife Betty. God has blessed me with 4 daughters and 6 grand children.

Isaac Mannoor was born in a God fearing Christian family in a small village , Mannoor, in the state of Kerala, India. While in college, he was heavily involved in students political movements rather than spiritual things. Despite the shining political future ahead of him, he felt the deep sense of hopelessness within himself. At the age of 22, he was saved by His grace and baptized and came into the fellowship with the saints in the local Assembly. He served as the General Secretary of SBS, an organization dedicated to sharing God’s love with the Children of India.

In 1986, he migrated to US, settled in New York with his wife , Jessy and 2 children.  Along with his secular job with the NYC govt, he serves the Lord as one of the Elders of the Ebenezer Brethren  Assembly, New York. Bro. Isaac is a gifted song writer and has written many articles in the Indian Christian publications. Last few years,  he travels to India to speak at many Assembly organized conferences and gospel meetings and spent time with the front line workers of the numerous Assemblies in India. His words of testimony along with Apostle Pal is “by His grace, I am what I am and His grace towards me was not in vain”.

Dr. Tom Samuel (also known as “Cecil”) grew up in the New York area where he attended India Gospel Assembly, a fellowship of Malayalee Christian believers, since he was child. He came to a saving knowledge of Jesus Christ at the age of nine through the ministry of AWANA (an international Christian youth organization). He followed his Lord’s command by entering the waters of baptism at age 16 in Mylapra, Kerala, India. He went on to complete an undergraduate degree in biochemistry at Swarthmore College in Pennsylvania followed by medical school at State University of New York at Stony Brook. He completed a residency in internal medicine at Vanderbilt University followed by specialty hematology oncology training at Fox Chase Cancer Center-Temple University in Philadelphia. In his medical professional life, he currently specializes in all aspects of breast cancer care including palliation and experimental therapeutics. He is currently part of the faculty at Cleveland Clinic Florida in breast oncology. His love of taking care of breast cancer patients stems from his experience caring for his mother, a 23-year survivor of breast cancer. He considers it a ministry and a privilege to care for patients afflicted by such as terrible disease.

He has been active in multiple assembly ministries, including youth group, Sunday school, and youth camps. He considers it a privilege to have had the opportunity to lead multiple Bible studies and speak frequently from the pulpit at several assemblies and at various functions. With his wife, Mini, and 3 children, Jake, Alayna, and Mark, Tom continues to seek to serve his Lord both in his chosen medical profession and assembly life. Tom and his family fellowship at the Believer’s Assembly of South Florida in Fort Lauderdale Florida, where they have been in attendance for the last 5 years. In November, 2018, the Lord gave him the great privilege and humbling responsibility of becoming one of the elders at his home assembly in Florida. His hope and prayer is to follow through with the command of his Savior as outlined in Hebrews 12:1–2: 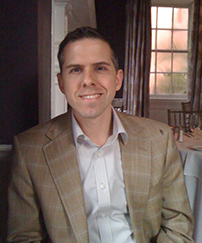 Jesse Gentile was born and raised in Tampa, FL. He trusted Christ as a young child, was baptized at 12, and entered into fellowship at Carrollwood Bible Chapel. Jesse attended the Univ of S. Florida and graduated in 1999 with a degree in Social Science Education. Rather than invest in more secular education, Jesse chose to attend Dallas Theological Seminary where he completed a M.A. in Biblical Studies in 2003. With a vision to create an online Biblical Studies school for NTP assemblies, Jesse completed an M.S. in designing distance education systems  from Florida State University. In recognition of the work that the Lord had called them to do, Carrollwood Bible chapel commended Jesse and Ella to the Lord in August of 2011. Jesse and Ella have two children, Sophia  and Peter.